Just over a decade ago, digital currencies like crypto were perceived as a somewhat intriguing and mysterious concept. Over time, however, they’ve become more mainstream and now nearly one in ten (9.5%) New Zealanders are investing in crypto – an increase of about 7% since March 2020 – and one in five (21%) either plan to invest or have invested, according to the Financial Services Council1. They’re no longer a fad but a genuine form of money movement.

For various digital currencies and inevitable future variations to truly take hold, a number of essential ingredients are needed: a great consumer experience, a way to spend these currencies for goods and services, successful interoperability and of course security.

With recent developments in New Zealand including the Reserve Bank exploring its own form of digital currency, it’s timely to explore what New Zealanders could expect in the near term. The myriad of digital currencies are certainly complex, but it’s exciting to see increased industry dialogue, and Visa believes these payment forms hold promise for local and global economies.

The first and most well-known digital currency category, often referred to as cryptocurrency, came about around 13 years ago with the creation of Bitcoin, a decentralised, finite and volatile digital currency that is transacted and recorded on a blockchain. Today there are over 12,000 different types of crypto assets2 and many can be purchased with a Visa card through exchanges like Crypto.com.

For many, these coins represent a new investment asset class and the limited supply of tokenised assets, like Bitcoin, has resulted in them being referred to as ‘digital gold’.

One of our goals at Visa is to be an on-ramp to this market, enabling consumers to purchase digital currencies in a seamless and secure manner using Visa credentials, in an experience that mirrors the convenience of digital wallets. We apply the same security standards as other transactions managed by Visa; and the consumer experience for purchasing digital currencies mirrors the convenient mobile-first approach of digital wallets.

It’s also critical to provide an off-ramp and make it easier for consumers to spend their crypto. Today, very few merchants accept cryptocurrency directly. For those that do want to accept it, there is complexity involved as merchants need to change their current acceptance setup. Visa is partnering with more than 65 of the leading crypto platforms, including Crypto.com and CryptoSpend, on card programmes that instead make it easy to convert and spend digital currency on everyday items at 80 million merchant locations worldwide. In the quarter ending December 2021, Visa credentials in crypto wallets had more than US$2.5 billion in payments volume, which was already 70% of the payments volume for all of fiscal 20213. 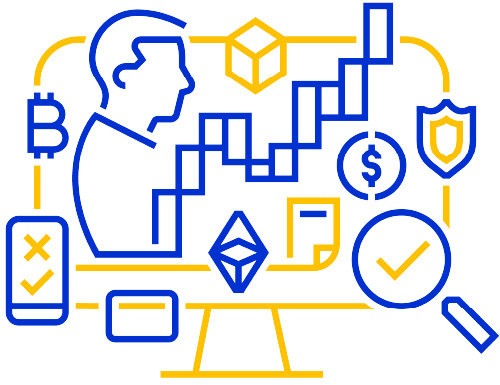 Thirdly, Central Bank Digital Currencies (CBDCs) are a digital equivalent of cash issued by governments. Just a handful of countries have taken this step including China, but according to the Bank for International Settlements, 86% of central banks are actively researching the potential for CBDCs.4

Recently, the Reserve Bank of New Zealand (RBNZ) released an issues paper about the future of money and asked for public feedback. Like other central banks, the RBNZ is exploring the benefits of digital payments by creating its own trusted and stable form of digital currency. Potential efficiencies could include easier and less costly cross-border remittance, government disbursements to citizens or speedier B2B corporate payments.

As central banks around the world dig deeper into central bank digital currency (CBDC), questions on adoption and usability are top of mind. Once you’ve built the technology to power CBDC, how do you help make sure people can manage and spend their funds through a familiar, trusted, and seamless experience, on day one?

A Network of Blockchain Networks

A key question for many New Zealanders is how might these theoretical explorations impact your every day? Imagine splitting the bill for dinner when some friends are using a CBDC and others prefer a private stablecoin like USDC. Or sending $500 in NZDC to a friend in London and having those funds automatically converted to digital British pounds before they arrive in their CBDC wallet. In the not-too-distant future, it may very well be a reality that this could all happen in real-time, across multiple networks, and be compatible with multiple digital wallets.

But getting there means solving one key design challenge: cross-chain interoperability. How do you get different digital currencies, relying on different protocols, compliance standards and market requirements, to “talk” to each other?

Visa’s research and product teams have developed a new concept to move industry conversations forward. We’re calling it a “Universal Payment Channel” (UPC) and it acts like a hub, a bit like a “universal adapter” among blockchains, enabling central banks, businesses, and consumers to seamlessly exchange value, no matter the currency.

As new forms of money movement emerge and evolve, Visa expects to see local players like Kiwi fintechs enter this new currency paradigm and collaborate to explore such solutions. It’s an exciting time to see digital currencies and blockchains bring more people into the digital economy and we’re excited to help connect the crypto ecosystem to our network of 15,100+ financial institutions and 100 million merchant locations.

As we look to the future, digital currency is on track to become an important part of the broader digital transformation of financial services, and Visa is excited to help shape and support that development.