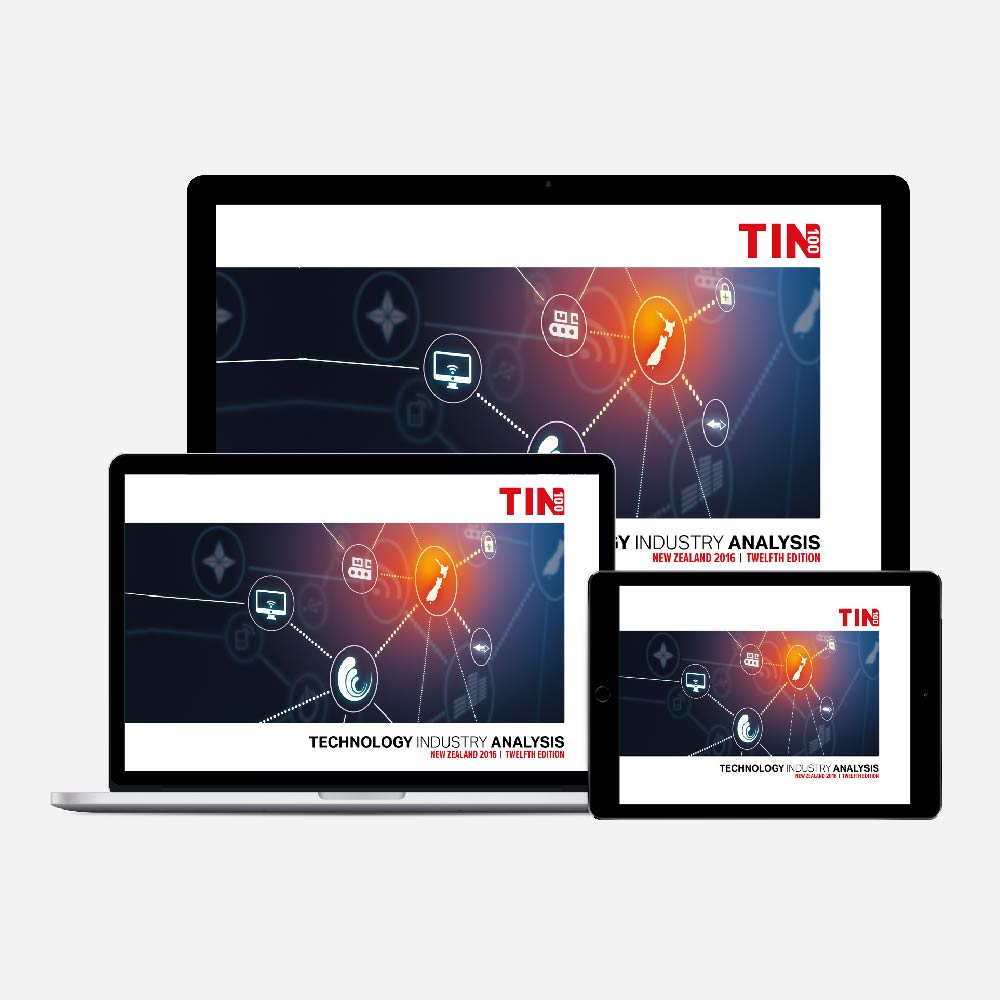 Auckland, 19 October 2016 – Growth in New Zealand’s booming technology export sector has broken through the $1 billion mark for the first time, underlining the sector’s ascendance as a key driver for the country’s overall economic growth.

New Zealand’s leading 200 tech “exporters” continued to grow strongly in size and diversity, increasing revenue by a record 12% over the past year to reach combined revenues of $9.4 billion, according to the 2016 TIN100 Report. Double-digit growth was spread across geographies, market sectors and company sizes, with the growth also resulting in a record number of new tech sector jobs.

These are some of the key findings of the twelfth annual TIN100 Report, an analysis of the performance of the top 200 New Zealand-founded high-tech companies, announced at a launch and awards ceremony held at Mantells on the Water in Auckland on Wednesday, 19 October. The findings will also be presented at launch events in Wellington and Christchurch on 26 and 27 October, respectively.

The TIN100 Report monitors the performance of New Zealand’s 200 (TIN100 and Next100) largest technology exporters in the areas of Information and Communication Technology (ICT), High-tech Manufacturing and Biotechnology. It is produced by Technology Investment Network (TIN) and sponsored by NZTE, Callaghan Innovation, EY and AJ Park.

In addition to the TIN100 rankings which include the EY Ten Companies to Watch 2016 and Ten Hot Emerging Companies 2016, for the first time this year’s report also lists 100 promising New Zealand Early Stage Companies and provides in-depth profiles of ten of these firms.

“In no previous year since the launch of the TIN100 Report 12 years ago, has change been so dramatic or widespread”, said TIN Managing Director, Greg Shanahan. “This year’s data signals that an inflexion point has been passed as the industry hits critical momentum, reflecting longer term acceleration of technology growth and a significant closure of the export earnings gap between dairy and tech.”

“We’re also seeing changing dynamics across the industry as more companies are expanding through acquisition than ever before, more investment is being made across the entire breadth of company life cycles and more high growth companies across a range of sectors are muscling out the single market powerhouses,” Mr. Shanahan added.

Key findings of this year’s TIN100 Report include:


Copies of the TIN100 Report are available in eBook or hard copy and can be ordered from TIN100.com. Lists of the top ten and most promising companies in each category are listed below, along with a regional breakdown.