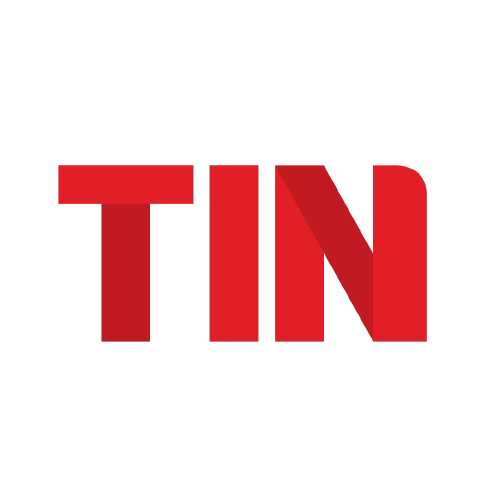 CENTRAL NORTH ISLAND THE FASTEST-GROWING REGION, HOME TO SOME OF THE BEST-PERFORMING TECH COMPANIES IN NEW ZEALAND, ACCORDING TO 2021 TIN REPORT

COVID-19 has had differing impacts across the TIN regions, each of which have their own strengths and weaknesses

All six regions were home to at least one company featured in this year's EY Ten Companies to Watch, Absolute IT Supreme Scale-Ups or the TIN Rising Stars list, evidence of the growing spread of high-performing technology companies across New Zealand.

A summary of regional data in the 2021 TIN Report is as follows:

One hundred and twenty TIN200 companies are based in the Auckland/Northland region, including four of the ten largest companies in the TIN200, six of the EY Ten Companies to Watch, four of the Absolute IT Supreme Scale-Ups and ten of the Rising Stars. The Auckland/Northland region is fundamental to the New Zealand tech ecosystem, accounting for 90.0% of new employees, 76.6% of revenue growth and 56.7% of overall TIN200 revenue at $7.91B. While 64.1% of this year’s revenue growth in the region is due to the success of Fisher & Paykel Healthcare, aside from them the region still boasts a strong 5-year CAGR of 11.6%. Most of the revenue for companies in High-tech Manufacturing and Biotech comes from those based in the Auckland/Northland region; 69.6% and 53.9% respectively.

Ten of the TIN200 companies are based in the Waikato. With a strong Agritech presence, three of these companies, Gallagher Group, LIC and TOMRA Fresh Food, are ranked within the ten largest TIN200 companies. Overall, the region increased its workforce by 6.2%, employing over 3,800 people globally. Coupled with 4.2% revenue growth lifting overall revenue to $1.15B, the Waikato is a well-established tech region with the maturity to continue expanding at a modest and sustainable rate. The region also boasts the highest average wage at $101,086 and highest revenue per employee across the New Zealand regions at almost $300,000. With a 5-year CAGR similar to Auckland/ Northland at 11.4%, the Waikato has been a consistently high-performing region with a strong ecosystem of tech companies that is set to grow the region’s representation further.

Home to twelve TIN200 companies, the Central North Island region, which includes the Bay of Plenty, Gisborne, Hawkes Bay and Taranaki/Whanganui, is the smallest of the TIN regions in terms of revenue. Despite this, Central North Island companies observed the largest increase in their revenue, 18.4% to $273m, as well as the highest 5-year CAGR of 20.4%. While the region may be relatively small, it showcases some of the fastest growing and best performing tech companies in New Zealand. Nine of the 12 companies in the region are High-tech Manufacturers, with four of these operating in the Agritech sector.

The 30 TIN200 companies in this region generated $3.2B in revenue, an 8.8% increase on the year before. As the second largest TIN region, Wellington/Manawatū is a hub for 19 ICT companies, three of which – Datacom, Xero and Weta Digital – are ranked in the top ten highest-earning TIN200 companies. These 19 companies account for 52.0% of all ICT revenue across the TIN200 and 90.7% of overall sector revenue. Collectively, ICT companies based in Wellington/Manawatu employ over 15,000 people globally, which accounts for 94.0% of the total workforce employed by companies based in the region, helping to lift overall employment by 7.6% or 1,113 employees. The average wage paid was $96,154, the second highest across the regions. Wellington/Manawatū has a 5-year CAGR of 10.3%.

There are 20 TIN200 companies based in Canterbury, lifting revenue by a modest 4.4% over 2020, which is in line with the region’s 5-year CAGR of 5.0%. Factoring in the 6.6% increase in employees, Canterbury has reflected a steady growth pattern over the years and remains a vital region for the New Zealand tech ecosystem. The $1.5B acquisition of ICT company, Seequent, is evidence that successful tech companies can thrive in the region. While the majority of the TIN200 companies in Canterbury are High-tech Manufacturers, the six ICT companies make up 58.2% of revenue growth, indicating that the ICT sector in the region is growing in maturity.

The eight TIN200 companies based in this region generated total revenue of $389m and employed over 2,300 full-time staff. However, Otago/Southland is the only TIN region to see a decrease in revenue and staff employed, shrinking considerably by 12.3% and 39.1% respectively. Notably, this is a decrease in staff employed globally by companies based in the region, and not just a decrease in staff in Otago/Southland. This fall is due to Magic Memories – which earns revenue from tourism – being severely impacted by the global pandemic, therefore, it is not representative of the regions’ overall upward trend. Otago/Southland has a 5-year CAGR of 13.0%, second only to the Central North Island. There are five companies from the region in the TIN100, two of which, Education Perfect and Escea, are 2021 TIN Rising Stars.

The TIN Report is produced by Technology Investment Network with sponsorship from New Zealand Trade and Enterprise, Absolute IT, BNZ, EY, James & Wells and NZX. The TIN Report is a critical reference for benchmarking the performance of New Zealand’s 200 largest globally focused technology companies. The size of the tech industry has grown significantly since 2005 and in recognition of this, TIN sent surveys to approximately 1,000 companies in 2021.

Technology Investment Network (TIN) is a private company established in 1999 to facilitate the growth of the technology export sector in New Zealand. The company’s goal is to contribute to the New Zealand economy by supporting the growth of, large, sustainable, New Zealand based, global technology businesses.